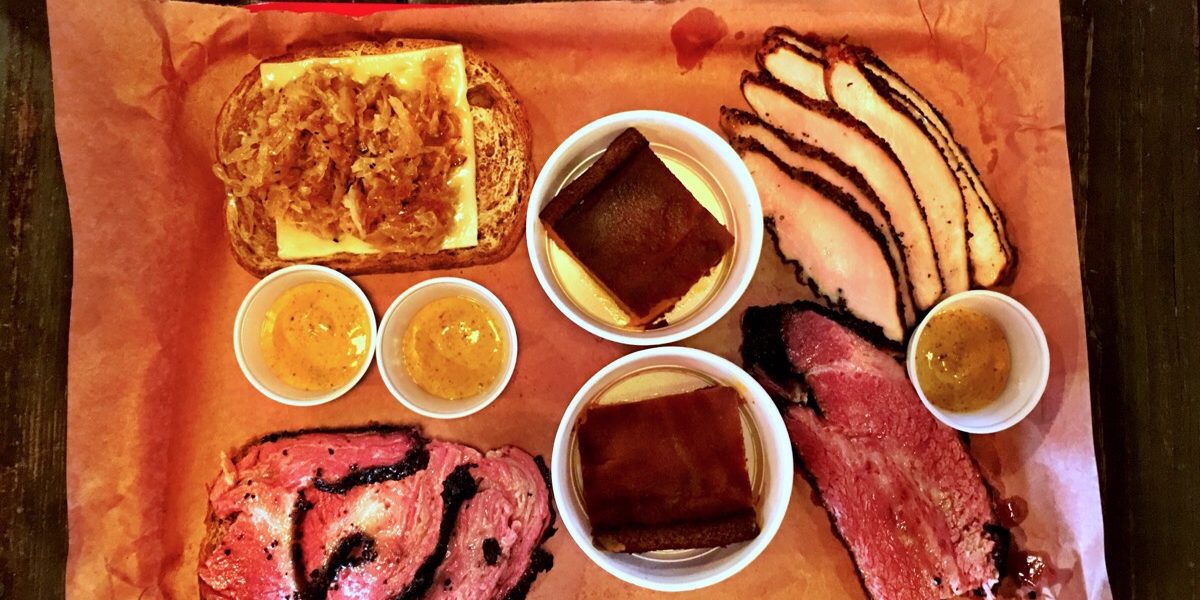 One of the best barbecue joints in Texas is even better on Thursday.

Tejas Chocolate & Barbecue used to be our hidden jewel for world class barbecue. Even folks around here were in the dark about this little smokehouse just of Main Street in Tomball.

But thanks to our friends at Texas Monthly, the word got out. Named the #6 barbecue joint in Texas (and thus the world) Tejas is now a mandatory stop for any serious barbecue aficionado. It’s well deserved; pitmaster Scott Moore and his team (which has grown from four to over 20) consistently deliver both superlative craft barbecue and some of the most intriguing sides around. 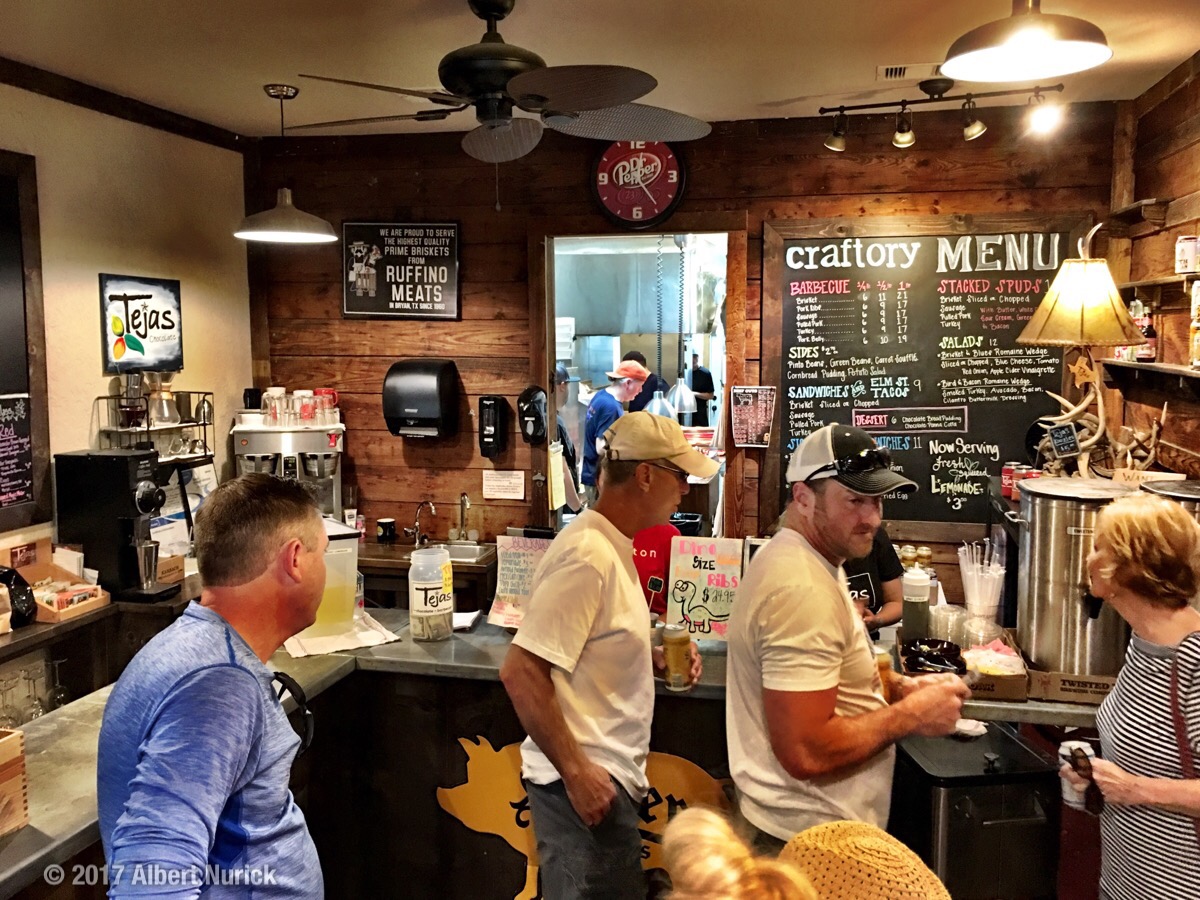 We’ve always been fan of their delicious, world-class brisket… but we’ve found something that’s even better.

Available only on Thursday, Tejas creates its own smoked pastrami. For those of us who enjoy pastrami from a local deli, this craft pastrami (we’re declaring this a thing) elevates the brined meat to another level. Thick cut, sublimely peppery, and beautifully balanced, this is one of the best slices of meat you’ll find anywhere. 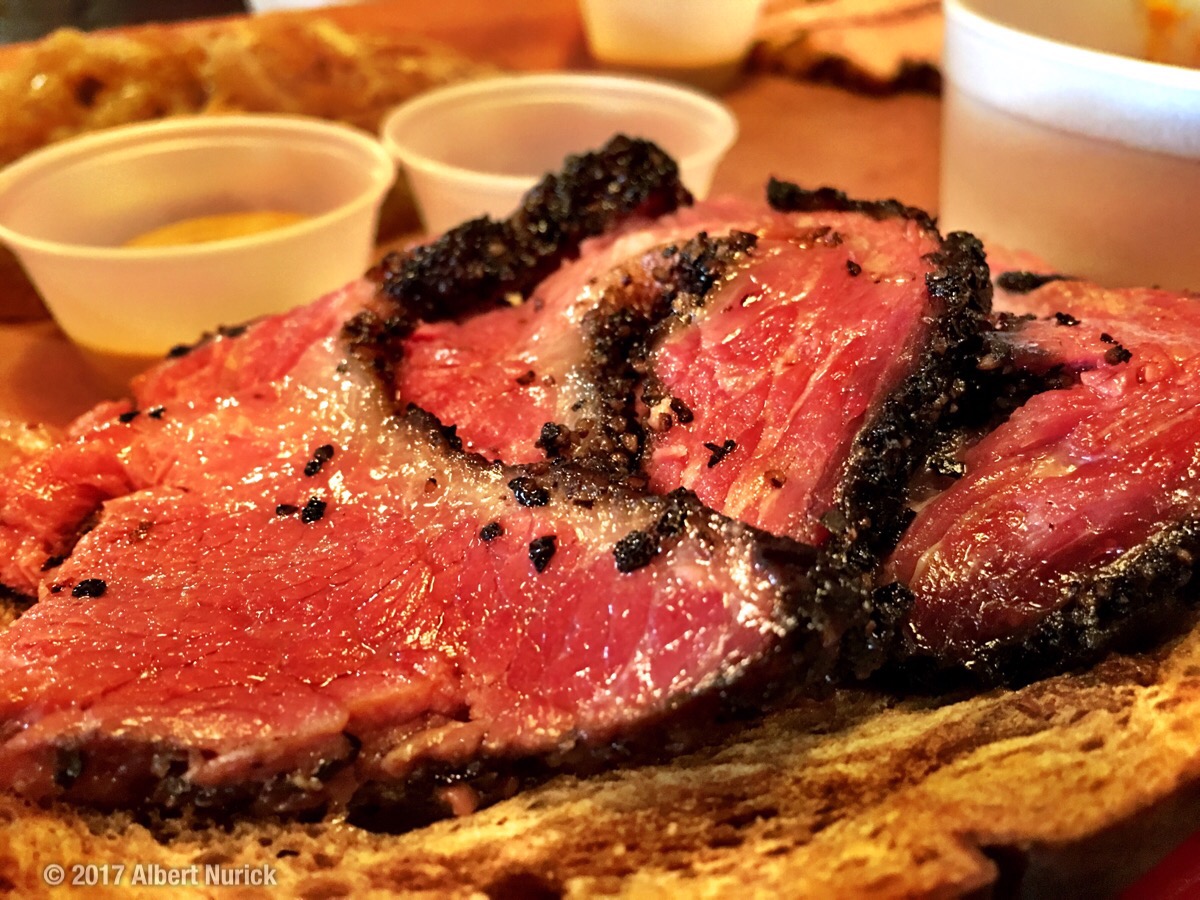 Tejas offers it by the pound, of course. It’s also made into a handcrafted Reuben sandwich. Gently toasted rye bread is topped with a slice of swiss cheese and housemade sauerkraut, and served with Russian dressing (as expected) and Tejas’s delicious spicy mustard (made by Scott’s brother Greg, an expert chef). We skip the Russian and go straight for the mustard, and the result is the best Reuben we’ve ever tasted.

As you’d expect, lines at Tejas have grown since the Texas Monthly anointment. Scott has taken the necessary step of adding a second pit, a beautiful behemoth that circulates rather than traps the magic smoke, creating the beautifully balanced barbecue that Tejas has become famous for. 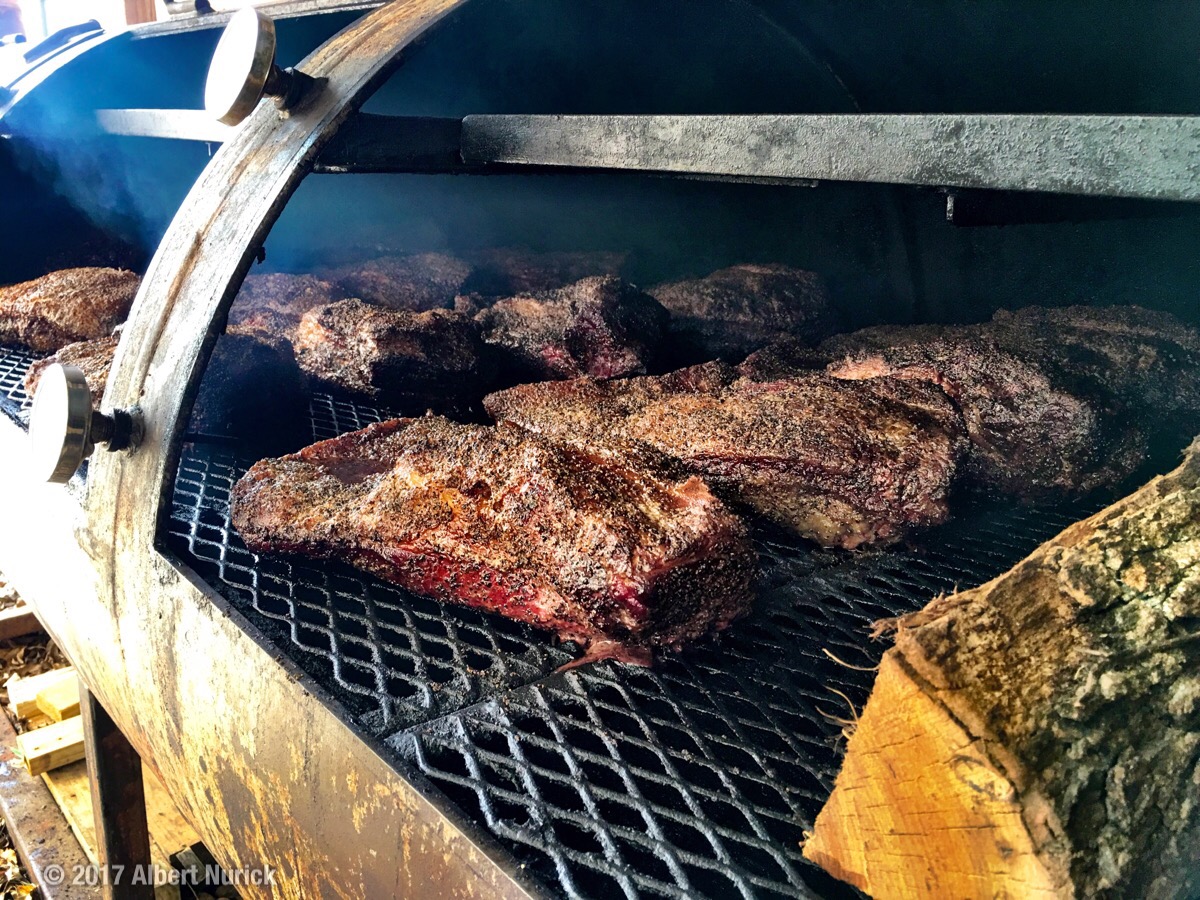 Tejas Chocolate & Barbecue is one of the best barbecue joints in the nation. If you’ve not been, you need to go. And if you go on Thursday, it’s even better.