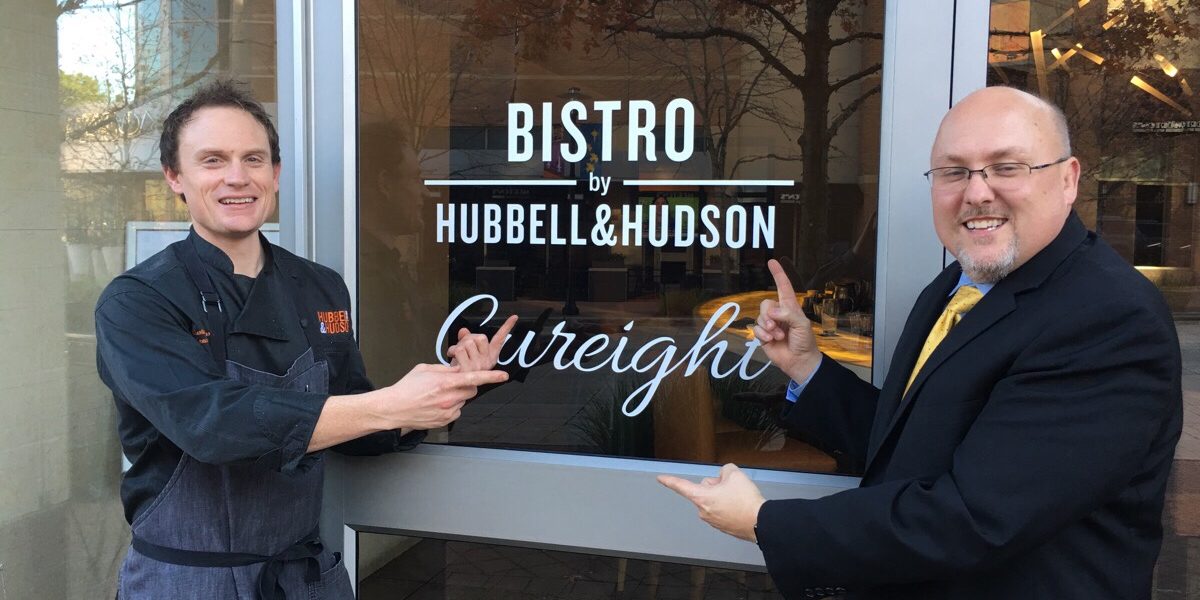 Front-of-the-house guru Chris Perry joins forces with Austin Simmons, the top chef in the Woodlands. The sky’s the limit for this culinary dream team.

Chris Perry, the General Manager who opened Robard’s Steakhouse, has moved to the General Manager position at Hubbell & Hudson Bistro and Cureight. Chris joins Executive Chef Austin Simmons in setting the direction and providing leadership for this flagship restaurant.

“He’s as good as it gets.” says Chef Simmons. “He has a thorough understanding of customer service, and knows how to refine the guest experience.” Perry was named a Woodlands MVP in 2017.

Perry and Simmons have significant enhancements in the works for the award-winning restaurant, including a revamped social hour program. The team was tight lipped about what’s coming next, but promise to keep us informed.

Perry is a long-time hospitality professional. In his spare time, he is an avid athlete and has completed the 150-mile MS150 charity bicycle ride numerous times.

Raising the bar for dining in the Woodlands