Tomball’s best BBQ joint is smoking up a signature burger on Wednesdays. We check it out.

Scott Moore, Jr. runs a very successful BBQ place in Tomball. They’re so successful that they could coast on their accolades (including being named #6 on the authoritative Texas Monthly BBQ list) and pump out world class BBQ for decades.

But Scott had an idea. Why not try a burger? We heard rumblings about this burger from Houston Chronicle BBQ Editor J. C. Reid, and decided it was way past time to check it out.

The drive to Tejas in Tomball is a nice one from the Woodlands, and before we knew it we were in line, waiting to place our order. 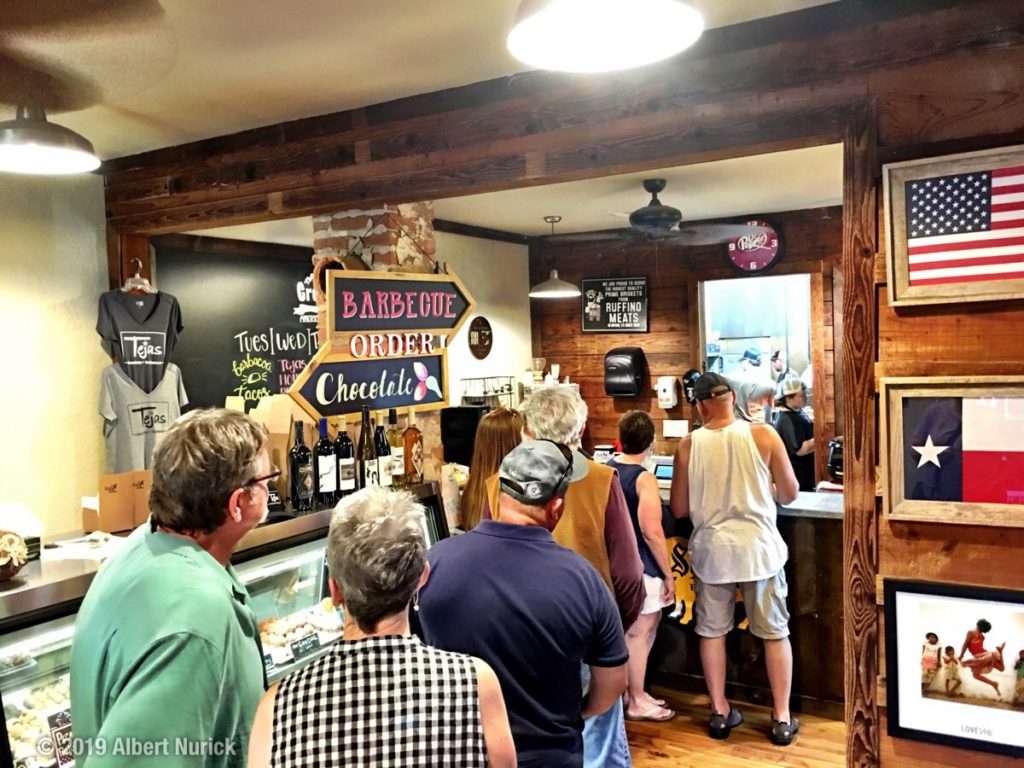 Not surprisingly, we weren’t the only ones ordering burgers. Ours appeared after a few moments, and we found a spot to dig in.

The Smoked Burger starts with a half-pound of USDA Prime brisket, coarsely ground and formed into a patty. Brisket is not lean meat, and the result is a patty that’s in the 65/35 range of lean to fat. The patty is smoked for roughly an hour, then held and allowed to rest. When you order, the smoked patty is seasoned with salt and pepper, then given a quick sear on a hot flat top. It’s crowned with a slice of smoked cheddar, and the combination bastes under a metal cover that seals in the juicy flavor (we first saw this technique almost a decade ago, performed by burgermeister Ricky Craig at Hubcap Grill; it results in an outstanding patty.)

The patty and cheese are graced with grilled onions, and mounted on a buttery brioche bun. Two strips of thick-cut house cured bacon finish the creation. The result is a superlative burger: Rich, dense, smoky, beefy swagger is front and center, with the sweet smoky bacon and the gentle cheddar and onion flavors accenting but never overpowering. While the smoke is front and center, it is masterfully balanced with the delicious charred beef flavor… the Tejas team knows how to show beef its proper respect, and the care that goes into this burger is obvious.

We’ll go out on a limb and declare the Smoked Burger one of the best burgers in the entire Houston area. Smoked burgers are woefully few and far between, and Tejas’s is an exemplary example of the breed. Texans love burgers. Texans love BBQ. Scott Moore and his team at Tejas have brought together these two iconic Texas dishes in a most delicious manner. It’s a destination burger worthy of a drive. And it’s only available on Wednesday.

Hopdoddy Opens in the Woodlands
August 2, 2022