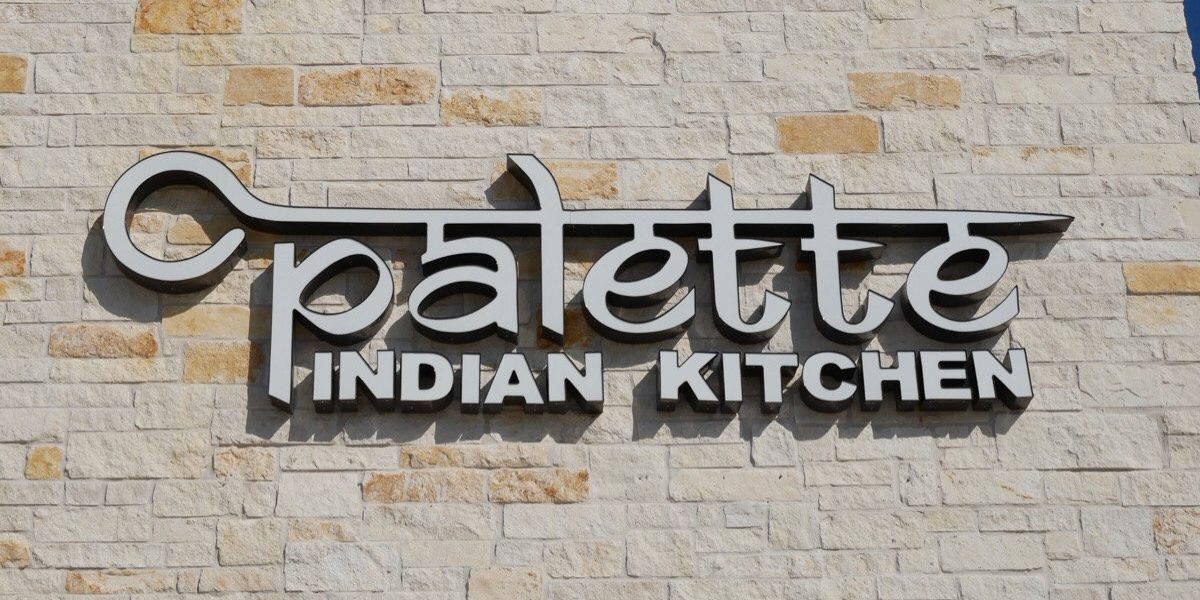 Indian food has become one of our favorite cuisines. The complex, layered flavors are created with spices that simply aren’t present in Western cuisines, and the wide variety of approaches and preparations insures that this isn’t a cuisine you will get tired of. Americans who are unfamiliar with the cuisine often think of it as only curries, but there is a broad range of dishes that will appeal to everyone from a confined vegan to a rabid carnivore. And while Indian food is known for intense flavors, the level of heat can generally be adjusted from mild to very hot.

The Houston area is home to some of the best Indian food in the nation, but until recently, the Indian cuisine in the Woodlands area was more reliable than craveworthy. We were excited to hear about a new Indian spot that has been getting great buzz in the Woodlands Area Foodies group, Palette Indian Kitchen. Owned by Chef Calvin Kolluri, this family owned and operated restaurant is located just off the Grand Parkway and Rayford, in a bright, airy strip center location.

Chef Calvin has created a menu based on family recipes from his childhood in the Hyderabad region of India. As he traveled around the nation of India, he missed the food of his home, and started recreating the dishes he grew up with. Now he and his team have brought this expertise to our area.

We recently visited Palette. As we love to do in great restaurants, we put ourselves in the chef’s hands. Here is what we sampled:

Generally, vegetarian dishes don’t excite us. But Chef Calvin’s Vegetable Samosa Chaat just might change this. Atop a smashed veggie samosa a variety of vegetables is piled, including onions, peppers, and some perfectly prepared chick peas. It’s finished with housemade yoghurt, spices and desi sauces. The result is spectacular; easily one of the best dishes we’ve sampled this year. Spicy without being overpoweringly hot, the flavors are rich, savory, and mouth-watering. We even detected notes reminiscent of barbecue; something most unexpected in a dish made of vegetables. We had two orders, and devoured every morsel.

We were impressed by the appearance of a wafer-thin Masala Dosa. The huge rolled crepe-like dosa was stuffed with potato and spices. The perfectly browned pastry was delicious on its own, but when dipped into the two provided chutneys, the flavor really came alive.

Chef Calvin warned us about the heat in his Beef Vindaloo, so we had him dial back the intensity. The result was a rich, beefy, flavorful dish that didn’t scorch the palate. A very pleasant surprise was the cravable Veggie Korma, a rich creamy curry of coconut, peas, and assorted other vegetables. This is another dish we will order again and again.

We are very impressed with the cuisine at Palatte Indian Kitchen. Chef Calvin and his team create outstanding Indian cuisine, and their exceptional cuisine is matched by their warm, inviting hospitality. If you love Indian food, you need to go, and if you’re not yet a fan of Indian food, let Chef Calvin introduce it to you… I’ll bet you become a fan.