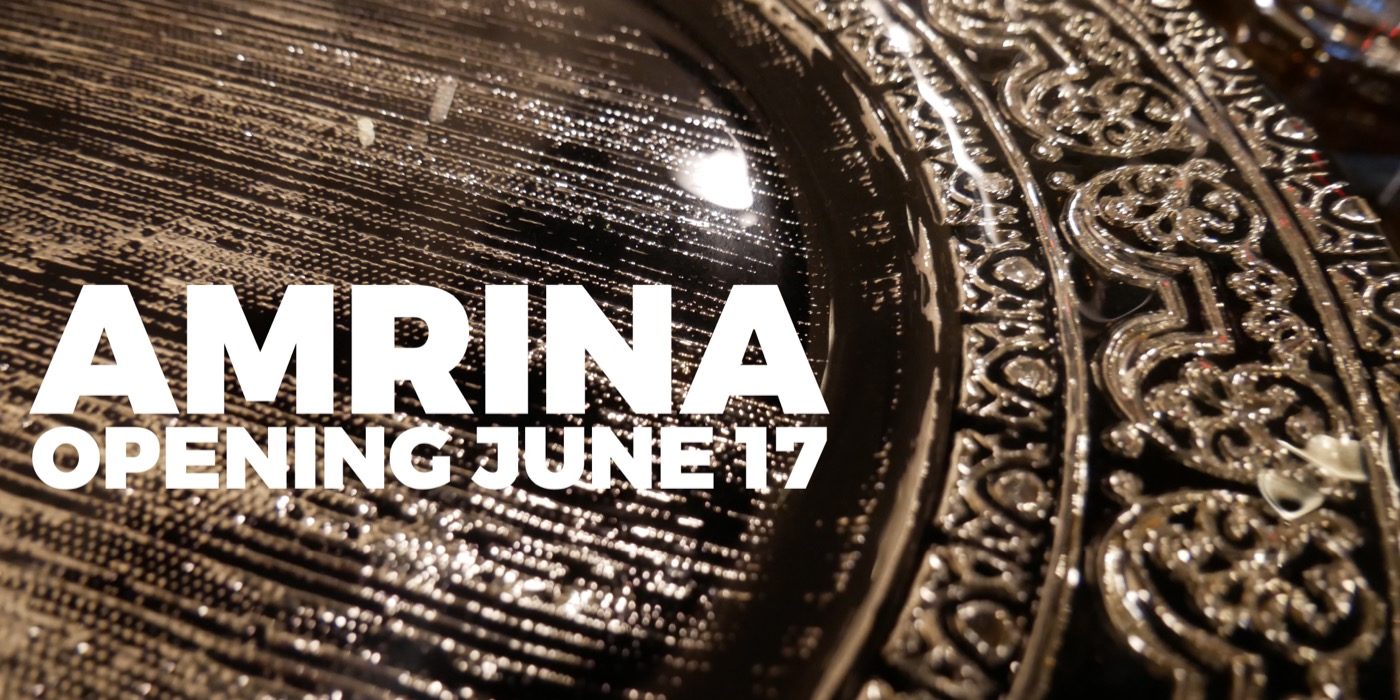 The Woodlands is a prime destination for exciting restaurant concepts, and Amrina, the new concept from the Kahani Social Group, promises to be one of the hottest spots in town. Conceived by Surpreet Singh and Preet Paul Singh, Amrina is a luxurious, high-end Indian restaurant featuring flavors of the subcontinent presented through the lens of classic French technique. The Singh brothers believe that the Woodlands is ready for this luxe concept, and we have to agree.

Acclaimed Indian Chef Jassi Bindra was brought to Texas from DC as chef and managing partner; he was previously helming Washingon’s lauded Punjab Grill. Chef Jassi’s unique vision and creative execution landed the restaurant a Michelin plate and mention in the Michelin guide in 2019. He was also named in “The World’s Best Indian Chefs” in the Hindustan Times by Vir Sanghvi, India’s renowned food critic, who stated that the restaurant “was the best fine-dining Indian restaurant on the East Coast of America.” Chef Jassi has been featured in Food & Wine Magazine and The Washington Post.

Noted local hospitality guru and wine expert Giorgio Ferrero has been named General Manager; his expertise will help insure that Amrina guests receive the VIP treatment they expect. Giorgio was previously general manager and sommelier at Sorriso, the fine dining Italian restaurant on the Woodlands Waterway.

No expense has been spared in the creation of this restaurant. The interior of the 10,000 square foot restaurant (Located at 3 Waterway Square Place #100, on the corner of Lake Robbins and Woodloch Forest) has been completely rebuilt, with luxe finishes, intimate lighting, and a vibe that falls between New York fine dining and Miami nightlife. A fourteen seat tapas rail and a handcrafted thirty-foot bar frame the main room, and multiple cozy coves and a private dining room emanate from the central space. The decor is chic and luxurious; custom artwork is sprinkled throughout the space to create a decidedly elegant backdrop for a special night out.

Photography of the space was embargoed at the time of publication. We will be updating this article as soon as possible.

The towering bar features an impressive selection of top-shelf liquors and wines. We spotted more than one bottle of Pappy Van Winkle, bottles of Macallan older than some of the guests, and several first growth Bordeauxs in the nearby wine locker. The talented bar staff has created a fascinating menu of signature cocktails, including creative riffs utilizing exotic Indian flavors and ingredients combined with premium liquors.

The open kitchen is tucked away behind the tapas bar, offering guests a view of Chef Jassi and his team in action. And in action they were. We were presented with the full opening menu, and sampled a variety of dishes.

We began with a selection of breads. The sweet and savory Bacon, Caramelized Onion, and Apple Kulcha was an intriguing combination of sweet and savory. But the star was the unique Whiskey Naan: A traditional Indian naan sprinkled with smoked sugar and misted table side with Laphroag 10-year-old single malt scotch whisky. The interplay between the sugar, the peat, the smoke, and the salt was nothing short of amazing. This naan is a must-have to start a meal at Amrina.

Next we sampled from the small plates. We began with the simply named Tartare: Sparklingly fresh yellowfin tuna, a nutty quinoa tabbouleh, perched atop a sweet, creamy avocado granny smith chokha, then finished with a crown of salmon roe. Another masterful balance of sweet and savory, with the rich tuna given delightful texture by the quinoa, and a blast of salt each time the roe burst open.

We then dove into the entrees. We put ourselves in the Chef’s capable hands, and he presented dishes that highlighted the range of Amrina’s talented kitchen.

The elegantly presented Sea Bass was a revelation. The thick slab of fish was expertly sautéed, and presented atop four thick, exquisitely tender asparagus spears. Finished with the chef’s kokum coconut sauce, the delicate fish was enhanced by the subtle flavor of the slightly sweet sauce, and the asparagus were a flawless accompaniment.

Meat lovers should dive into the Red Wine Braised Lamb Shank. The meaty shank was braised masterfully, and was fork tender without falling off the bone; a tricky balance. It was accompanied by a savory truffle puma, topped with a cilantro gremolata, and finished with a chilli rogan that added the perfect amount of heat and spice.

We weren’t done yet. Chef Jassi presented his Pan Seared Exotic Mushrooms. A melange of unusual mushrooms were layered over a bed of tempered spinach and fried garlic, and topped with shaved summer truffle. We are not mushroom lovers. We loved this dish. The flavors and textures were nothing short of remarkable, and the interplay between truffle and mushroom was seriously satisfying. Vegetarians, you need this dish in your life.

We had almost thrown in the towel at this point, but we couldn’t pass up dessert. The chef suggested his Lemon Curd, and we have learned to trust the judgement of a chef so talented. The dish didn’t disappoint; it had the tangy sourness of lemon, balanced with a bit of mango. It was a bright, tangy ending to a tremendous meal.

Even at this pre-opening preview, the service at Amrina was prompt, professional, and smooth. Bar service was flawless, the cocktails we ordered were beautiful and nicely balanced. Our dinner server, Nichole, provided excellent suggestions and made sure that the meal was paced perfectly. GM Giorgio Ferrero has put together a well-oiled machine.

To say we were impressed by Chef Jassi’s cuisine and Amrina would be an understatement. The elegant atmosphere, the outstanding service, and the beautifully created and presented cuisine create another true destination restaurant in the Woodlands. We’ve been following Amrina since its original concept, and we are happy to announce that Surpreet Singh and Preet Paul Singh have surpassed their original vision.