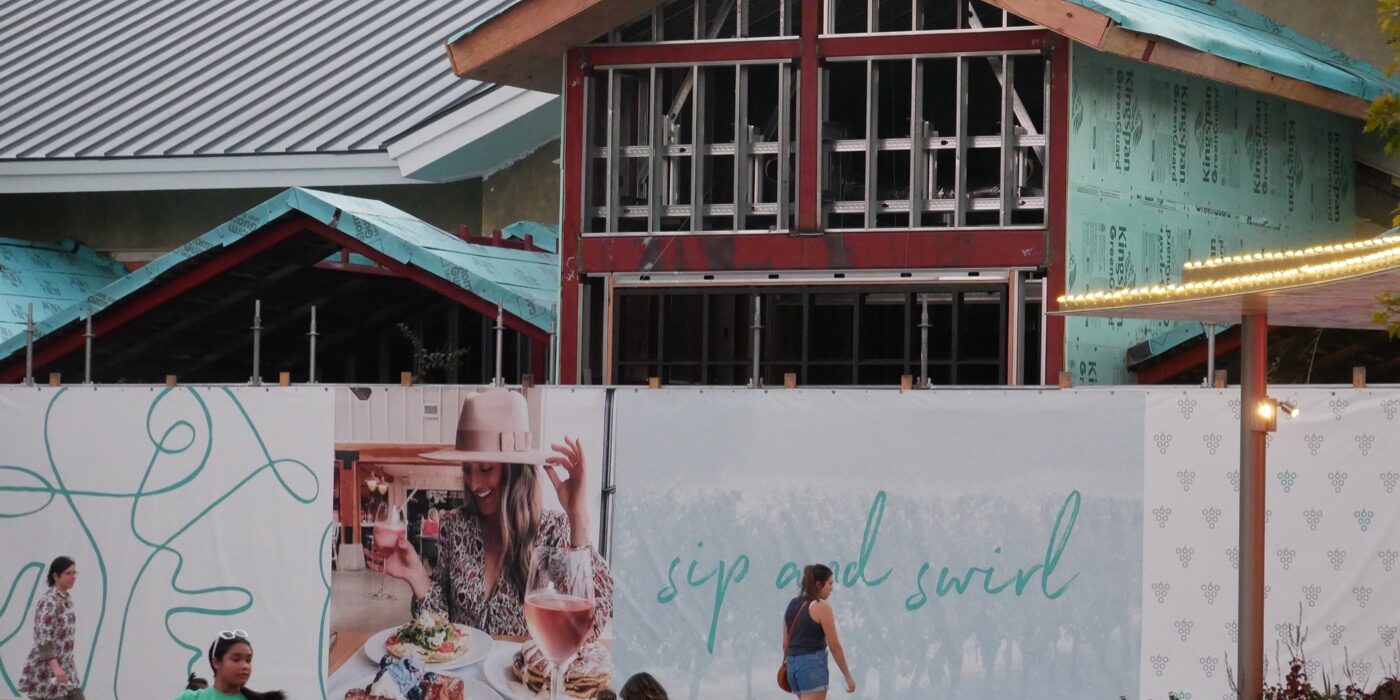 Sixty Vines is the new restaurant and wine bar that is coming to Market Street, taking over the old Jasper’s location. They are targeting a December opening.

Sixty Vines features a selection of wines on tap, paired with their menu offerings. Unlike many wine bars, Sixty Vines places as much emphasis on the food as on the wine.

Workers have been busy on the building; the old interior has been gutted down to the studs, and a new facade is being constructed facing the square at Market Street. We visited the site and observed the progress that had been made. (Tap or click on any photo for a larger version)