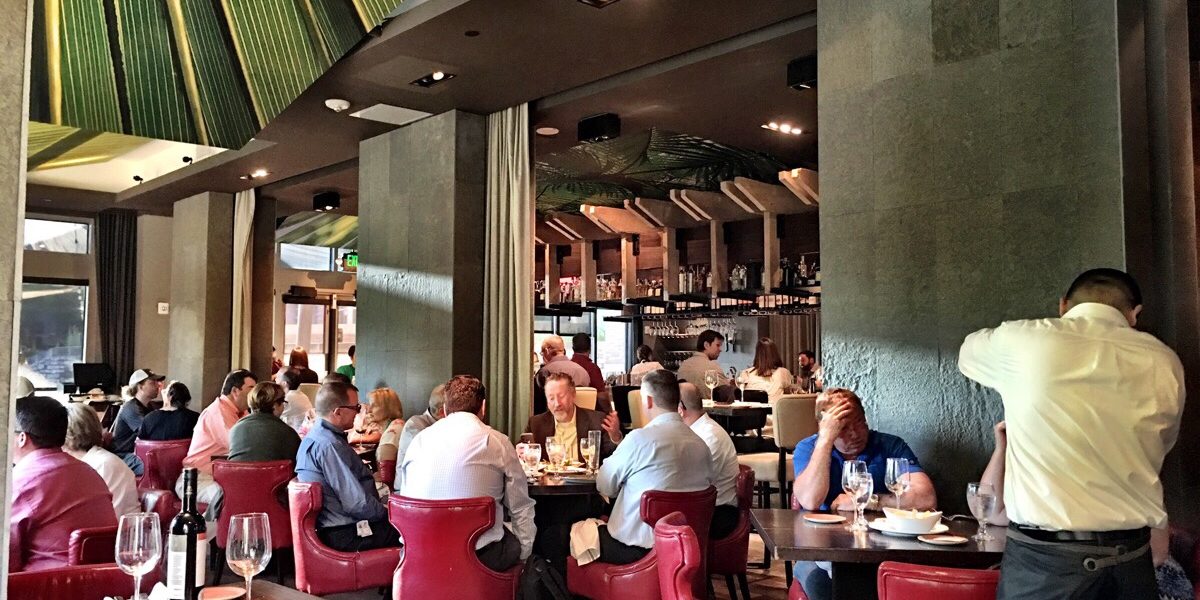 The Cordua group brings its signature Latin cuisine to the Woodlands Waterway.

1988 is the year Michael Cordua opened his first Churrascos in a sketchy part of Houston. This was a different time for Houston diners. “Latin” meant “Mexican”, and “Mexican” meant “Tex-Mex”.

Chef Cordua’s menu featured flavors and ingredients that had never seen the light of day here. The signature dish was a steak! The risk paid off; Cordua’s pan-Latin menu drew in hungry Texans, and the success of the establishment financed a move to River Oaks. A local restaurant empire was born.

Back to The Woodlands

Fast forward three decades. Churrascos has opened an outpost on the Woodlands Waterway, bringing their now-famous Latin cuisine to the busy entertainment district. How well did this iconic Houston concept translate to the notoriously particular Woodlands market? (The Cordua organization previously launched its Americas concept in the Woodlands, with mixed results. Americas is now closed here.)

We were contacted by Janine Jones, Public Relations & Events Manager, and invited to experience the restaurant and sample the new menu; we looked forward to seeing how this talented team had brought their expertise to bear here. 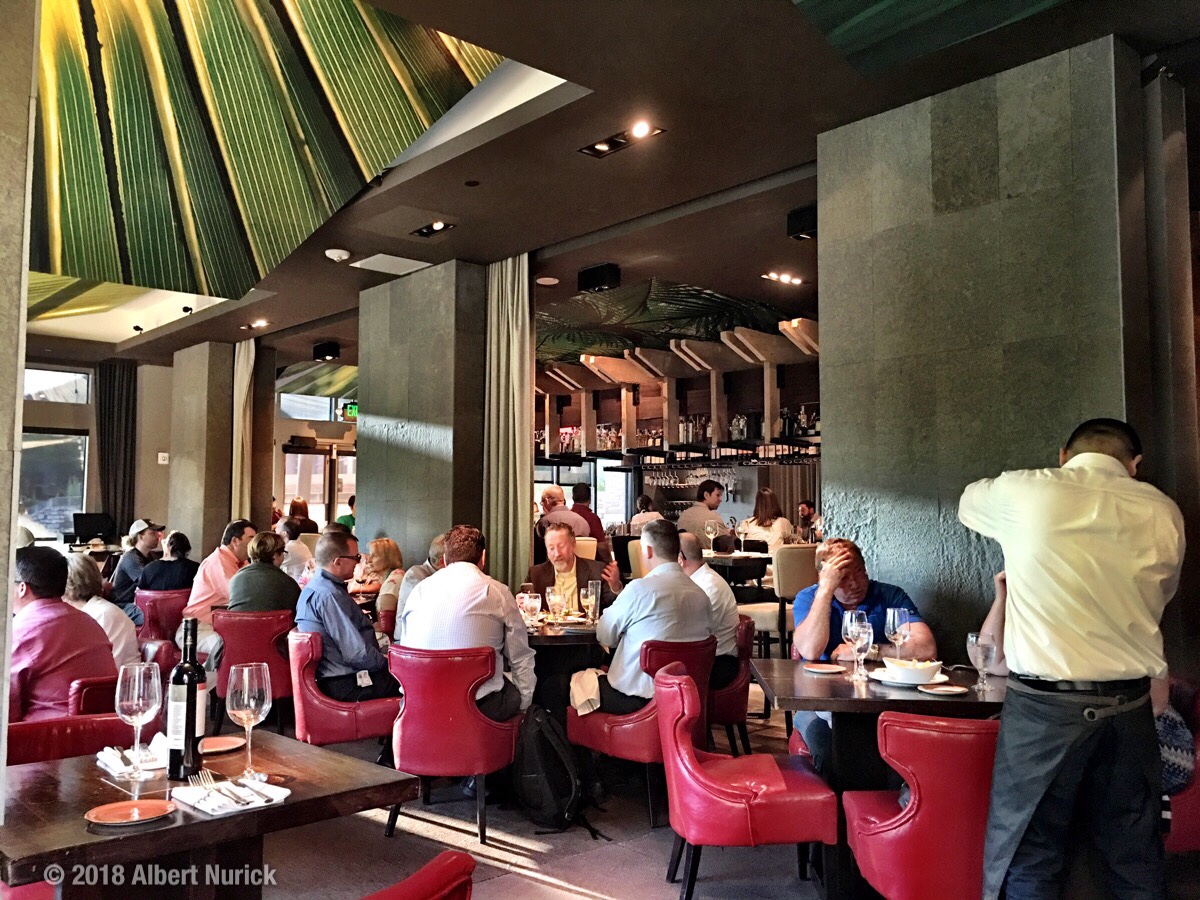 After descending the stairs at the end of a curved hallway, we entered Churrascos’ river-level dining room. We were immediately struck by the warm, inviting space, broken up by well conceived architectural elements. Stylish and comfortable red leather chairs were dotted around this relaxing space, and we were lead to a cozy waterfront nook, with a beautiful view of the scenery outside.

We put ourselves in the manager’s hands for this tasting. Joan Tabares (pronounced – Joe-ahn, in the Latin tradition) is the general manager; and he has assembled both a friendly, accommodating front of the house team, and a tightly knit kitchen crew. The man also knows his food, so we were happy to let him guide this sampling.

The first dish that appeared was an inviting melange of ahi tuna, fresh fish, a variety of citrus, and avocado. This light, refreshing dish would be a perfect starter on a warm Texas afternoon. 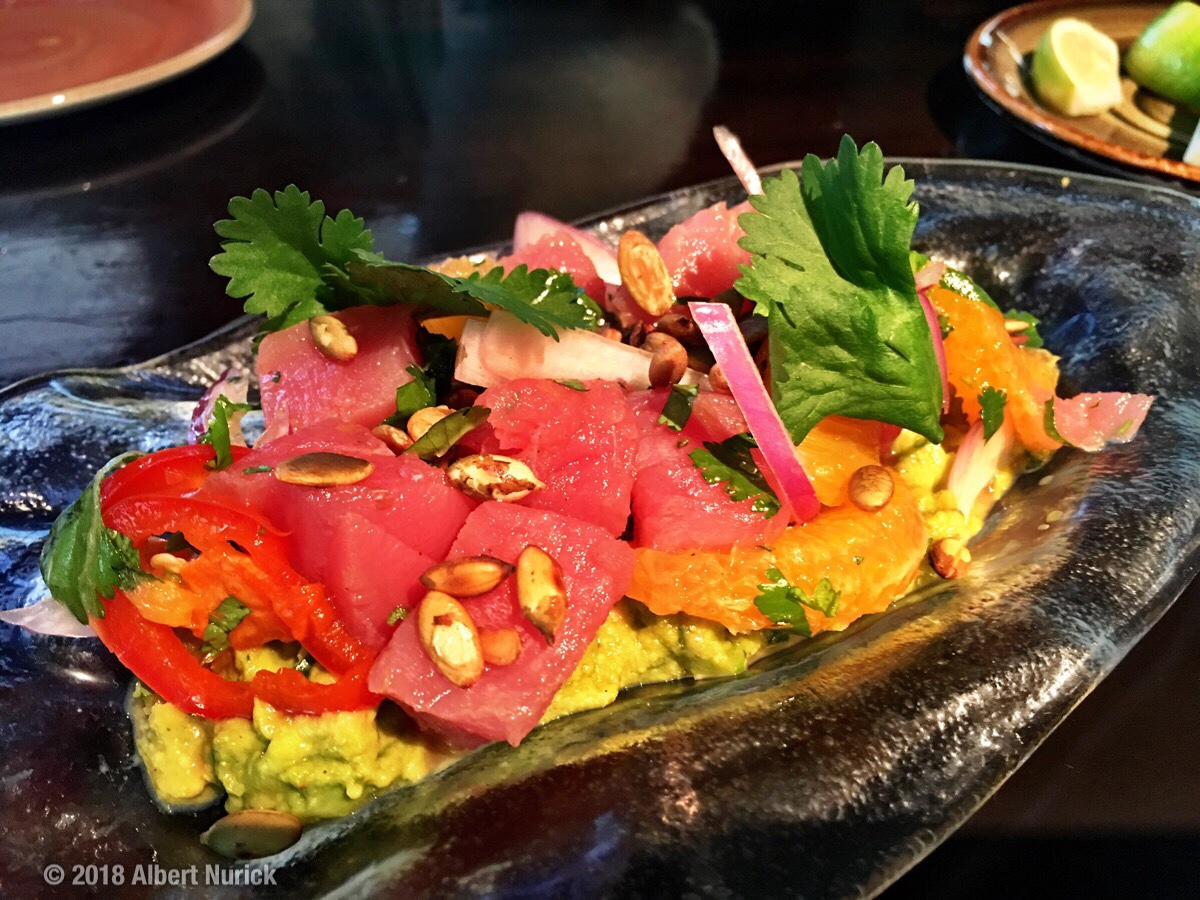 Next up was a dramatic presentation of ceviche. Beautifully marinated Costa Rican rainforest tilapia was served in a hollowed out pineapple, and complimented with fruit, onion and peppers. The carefully handled fish was as flavorful; the presentation was striking. 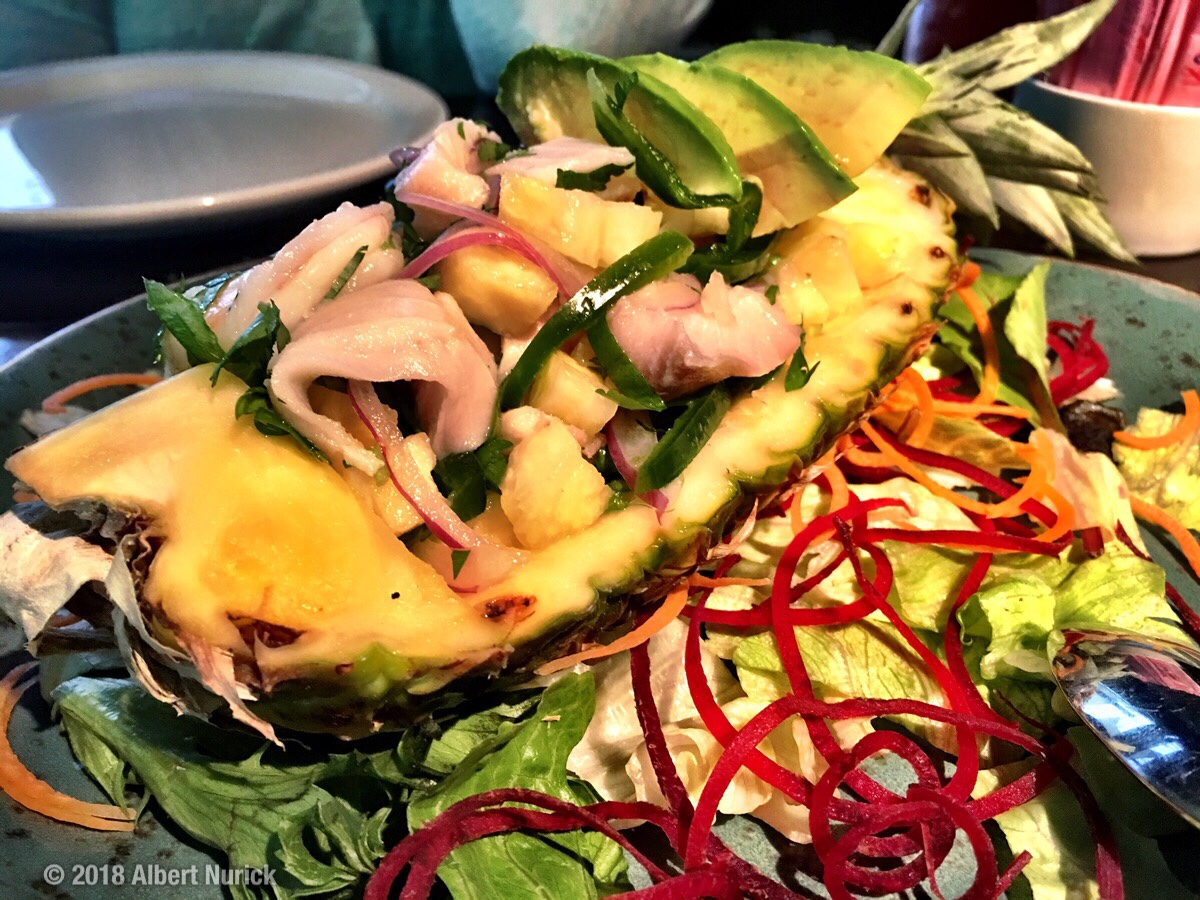 We were impressed with the thought that had gone into these lighter dishes; they are great options for those watching their calories or avoiding carbs. Fortunately, we do not fall into either category… because there was more to come.

It was now time for the hot dishes. Pollo Encamisado was a new favorite: Chicken breast, hand-crusted with plantains, and placed over a smoky, slightly spicy black bean sauce, then topped with seared panels cheese and roasted tomato. The Cordua family has always excelled at preparing chicken, and this dish upholds the proud tradition. 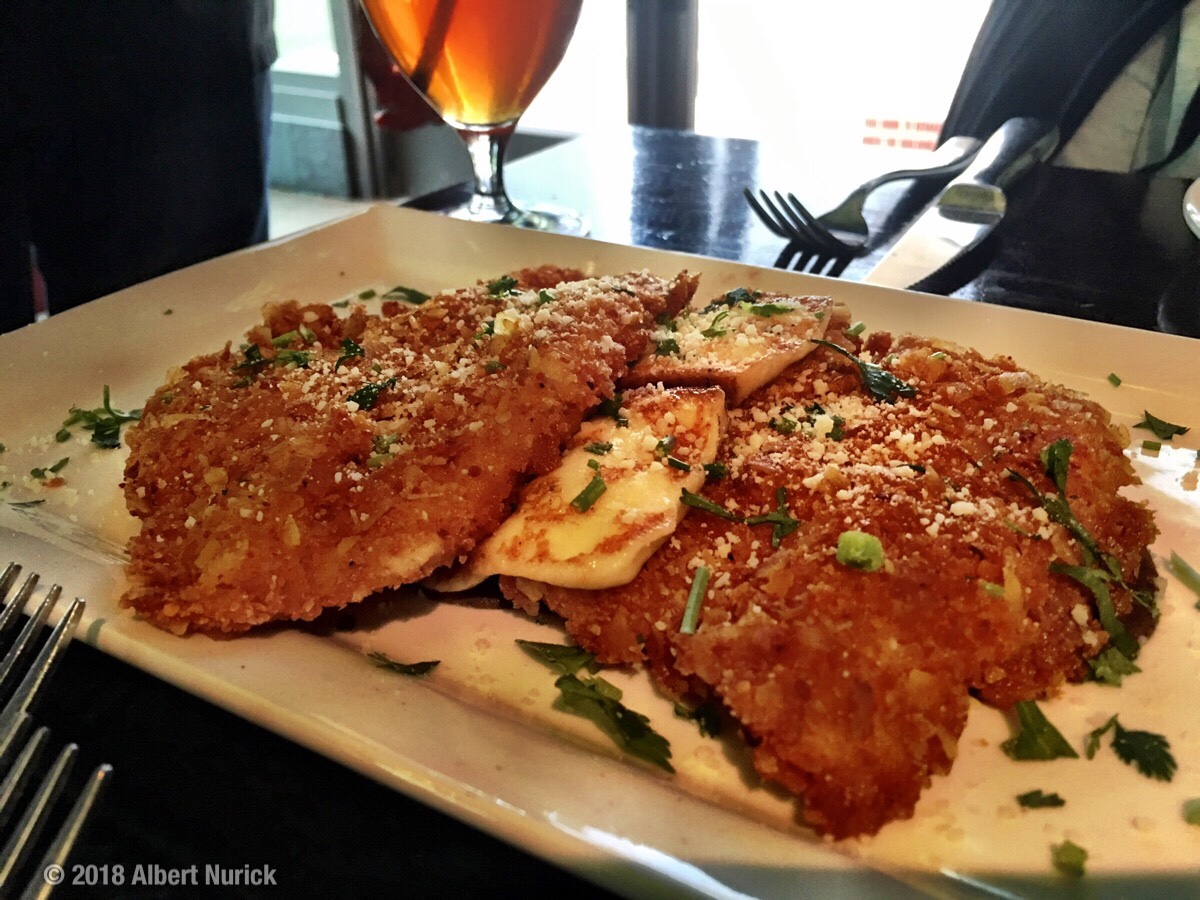 Now the dish we had been waiting for, and which put Churrasco’s on the map in Houston. Called simply “The Churrasco” this signature steak is a butterflied, center-cut certified angus tenderloin, chargrilled and brushed with chimichurri. It’s served with perfectly roasted andean potatoes, grilled veggies, and a subtle house béarnaise sauce. It’s unlike any other steak in Houston, and it’s very, very good. 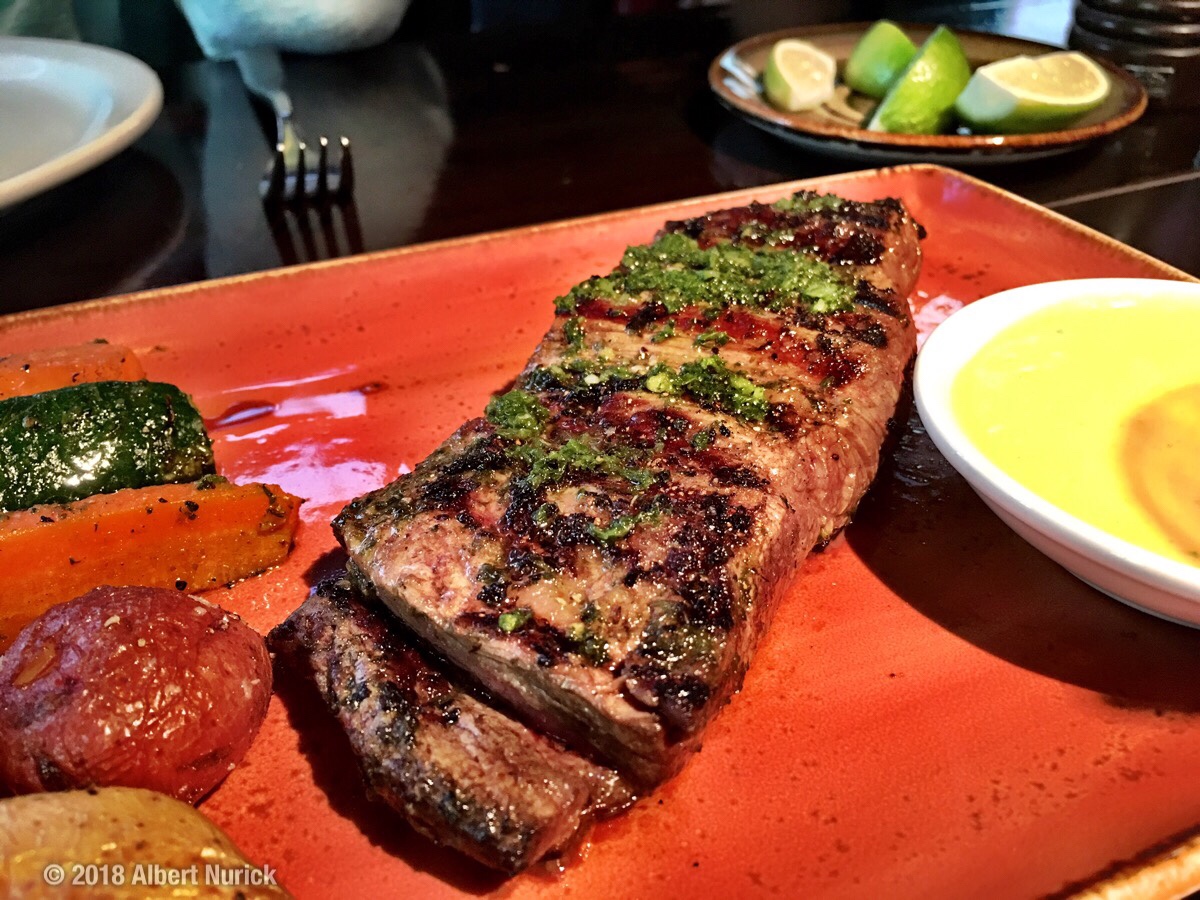 We are happy to report that the kitchen at the Woodlands Waterway Churrascos upholds the Cordua family traditions with honor and aplomb. We look forward to sampling the other creations that this team comes up with.

A trip to a Cordua restaurant is never complete without their legendary Tres Leches cake. Churrascos is the restaurant that introduced this now-famous dessert to Houston, and they keep improving on the classic. Ours was flambéd with rum and a touch of cinnamon, taking the decadence of the vanilla cream soaked cake to new heights. 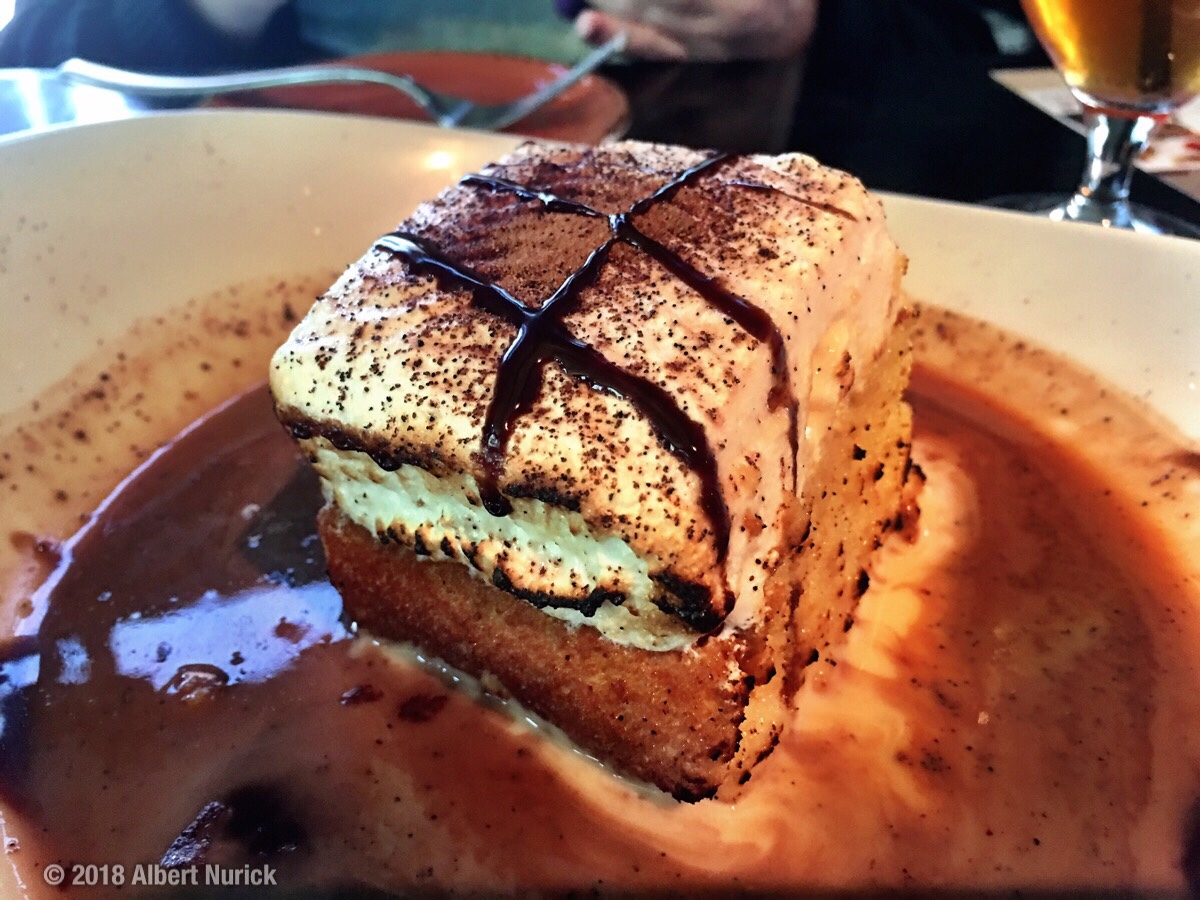 We were very pleased to discover that Joan and his team have brought the exceptional Churrascos experience to the Woodlands. Not only did it measure up to the expectations we had set over decades of visits, some deft new touches had elevated the experience even further. We look forward to returning. 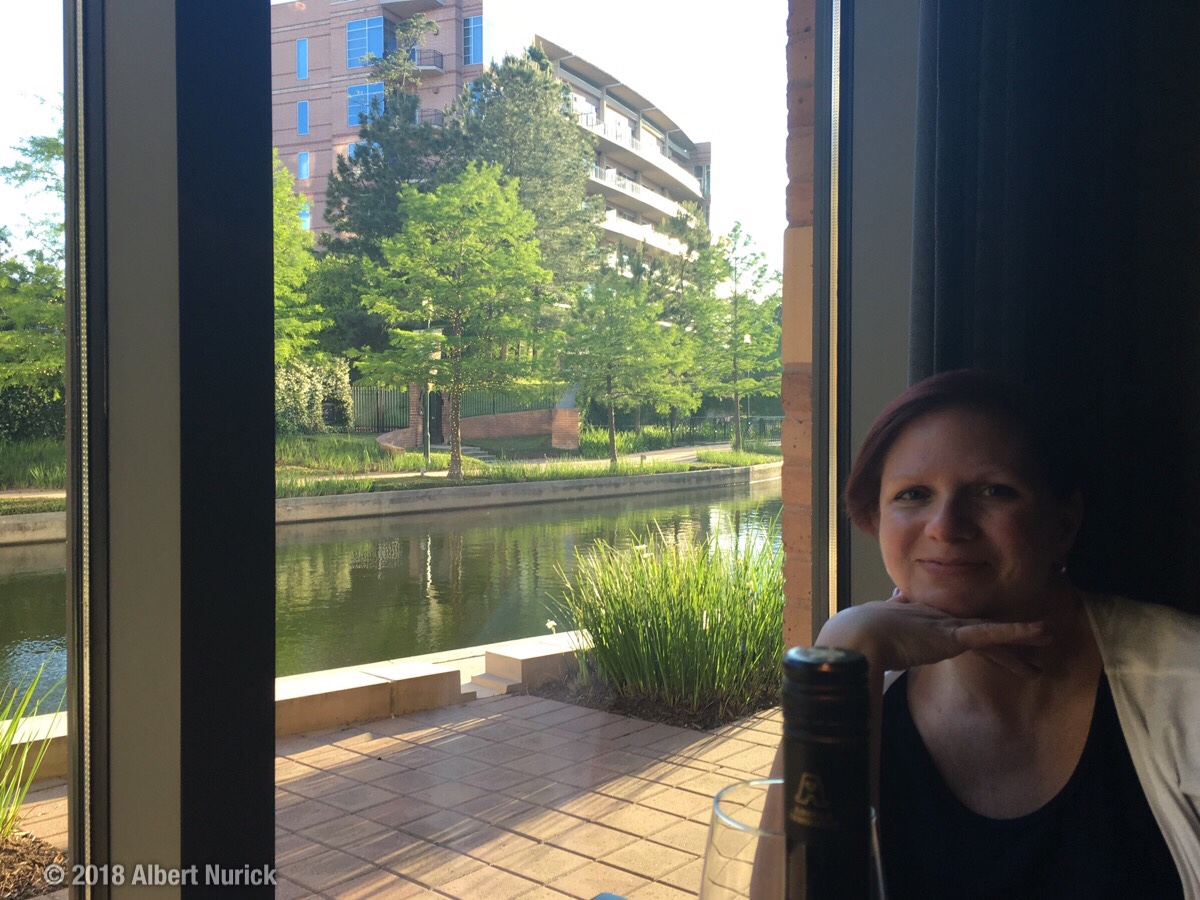 Latin cuisine with a Texas flair